As Big 12, NCAA deal with the impacts of coronavirus, a true nightmare scenario may be on the horizon for college sports

by Alastruay
in NCAA Football
0

As jarring and as sad as a March without madness has become, there may be something far worse for college sports.

Imagine a fall without a football — a true nightmare scenario.

For the moment, college coaches and administrators are focused are trying to just navigate recent events.

Are things like spring football practice even feasible — and if it doesn’t happen, what can be done?

The really dark cloud on the horizon is what happens if the impact of the coronavirus continues into August and beyond, impacting college football — the lifeblood of the FBS conferences.

All those new or upgraded stadiums and offices from the last decade — the facilities arms race are built upon revenue projections related to football media contracts and attendance projections.

“I can’t comprehend it, especially looking at our place where you have facilities built specifically for housing these large gatherings, 100,000-plus people,” Texas A&M athletic director Ross Bjork said in a recent interview, “and you have financing related to that based on ticket sales and advertising and suite sales and donations.

Bjork isn’t being alarmist by any stretch, just realistic.

Even before COVID-19, college football attendance was a concern.

Any disruption in football will send shockwaves throughout Division I college athletics.

“Your mind wanders about how long this thing is going to be in front of us and it’s unlike anything we’ve ever experienced before,” Texas Tech athletic director Kirby Hocutt said. “We haven’t had significant time to really think through what the future holds because it’s been all-consuming on the on-going changes in the current situation.

“But make no mistake, football is the economic engine that drives college athletics, both in the Big 12 and on our campuses.”

Football talk has been a key component of concern in conferences across the country.

“It’s come up. We’ve discussed it,” Big 12 Commissioner Bob Bowlsby said. “We’re trying to deal with this sequentially. I think the first thing that will pertain to football is will we get any practice in the next couple of months and does the practice lead to some sort of spring game? I’m skeptical that those things will happen.”

Added SEC Commissioner Greg Sankey this week: “I’m not going to be overly optimistic about the return to practice. We haven’t fully foreclosed that opportunity, but I think practically, that window is pretty narrow.”

Athletic directors are facing the same dilemma. Oklahoma announced this week that the spring game is on hold.

“I can’t sit here and tell you when any team is going to be able to get back and have a normal practice. I can’t do that,” OU AD Joe Castiglione told Oklahoma City’s “The Sports Animal.” “To sit here and think we’re going to have a spring game, is silly. It would be hard to say we’d be able to be back in 30 or 45 days.”

Already, there have been discussions about possibly moving traditional spring practices to the summer, perhaps in the form of NFL style mini-camps.

Questions remain, ranging from the heat to the possible participation of freshman who enrolled in the summer to schools that had already started spring practice.

“There has to be some preparedness before you start these training camps,” Bjork said. “Those discussions are also happening in terms of what that looks like.”

Plus there’s the overriding concern.

“Our first priority is to make sure people are safe and that they don’t become ill,” Bowlsby said. “That’s what all this is designed to do. Once we get the professional advice that it might be OK to begin congregating and having a little less social distancing, then we’ll take it to the board and they’ll make a decision on when we can come back. What happens in the summer depends entirely on when we get that all clear.”

The SEC is in a holding pattern for spring until April 15, while the Big 12 is scheduled to reassess by March 29.

Big 12 ADs held another two-hour conference call Friday but came to no resolution on spring sports issues, including football practice. Another conference call is scheduled for next week. Before all is said and done, the Big 12’s board of directors is likely to get involved.

“I have the realization that we will not get back to any organized team activities for the foreseeable future,” Hocutt said. “I do know that has led to discussion and thinking about how does that change the summer months if we’re able to get back to some kind of normalcy and how that might change the summer schedule.”

The College Football Playoff has already canceled its annual April meeting in Dallas, executive director Bill Hancock said, with a teleconference likely to take its place.

For the moment, the SEC and Big 12 still have their football media days on the calendar. The SEC four-day extravaganza is set for Atlanta July 13-16 and the Big 12 is July 20-21 at AT&T Stadium.

“We are going full steam ahead on our planning for Atlanta media days. Last Thursday morning I was full steam ahead on playing a basketball tournament and was disrupted, so we’re going to prepare for disruption,” Sankey said Tuesday. “We’re going to plan as if in July we’ll have the media days opportunity as scheduled and that’s the best answer I can give you at this moment.”

Bottom line: for all the planning and all the discussion, no one quite knows what happens next.

“Well, I think the ability to forecast depends on having had experiences,” Bowlsby said. “And I don’t think any of us have had any experiences with what’s going on, so I think it makes it impossible to forecast even a few weeks ahead much less four months ahead.

“I couldn’t even hazard to guess. They’ll be medical people advising us and we’ll get back to some semblance of normal as soon as we can.” 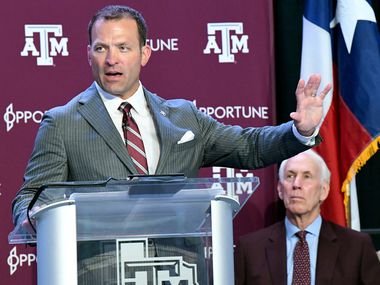 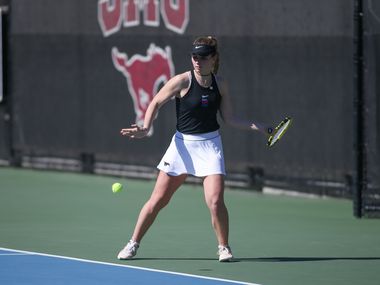 Do Sooners own any NCAA records

Fat-burning fat exists, but might not be the key to weight loss