At the time spring training suddenly stopped, the Rangers roster was more uncertain than at any point since they arrived in Arizona. Just two weeks ahead of their scheduled season opener, they lost Willie Calhoun to a fractured jaw and reliever Jesse Chavez to a still balky arm.

The coronavirus pandemic-necessitated shutdown will likely solve much of the Rangers’ uncertainty. Calhoun is likely to be healed whenever baseball kicks up again. Chavez is likely to be handled slowly.

Baseball’s long layoff, of undetermined length in a world increasingly locked down, will likely heal most of those problems. And what the layoff doesn’t fix, accommodations for a shortened season with a short ramp-up period likely will.

In 1995, after the last work stoppage, spring training returned in a shortened form, and, as a concession to players not having much time to get ready, rosters were expanded for the first month of the season. If we get back to playing baseball this season, I suspect it will be with similar roster adjustments.

With all that in mind, here’s where the Rangers’ roster stood when baseball came to a standstill (until MLB actually makes a ruling on roster size, we’ll go with a 26-man projection):

Where things were: The biggest issue in the rotation was whether Kyle Gibson, recovering from a bout with ulcerative colitis, would be strong enough to be part of the regular season opening day rotation. Even before the shutdown, there had been positive signs.

With additional time to pack on a little more weight, this should not be a question. If the Rangers need to add a sixth starter in an expanded roster, lefty Kolby Allard, who had been optioned to Nashville, did show well in the abbreviated spring. He just had to be optioned because innings were becoming increasingly hard to come by.

Where things were: If MLB ends up with an enlarged roster, it will largely be to add extra relievers. Under a 29-man roster, the Rangers would likely end up with two extra relievers. It would make it easier to carry Edinson Volquez since he likely wouldn’t be needed to pitch on back-to-back days.

It would make somebody like Taylor Hearn, who had an impressive camp, would become even more valuable as a multi-inning reliever. And it probably creates a spot for an intriguing non-roster guy like Jimmy Herget and his wide variety of arm angles.

Where things were: Jose Trevino was rehabbing a fracture in his finger that had knocked him out of consideration for the opening day roster. He will not need to rush back. Finger injuries, particularly on the throwing hand, are tricky for catchers.

Isiah Kiner-Falefa missed six weeks last year with one. The Rangers will have to sort through minor league catching options to pair with Trevino at Triple-A from among Blake Swihart, Nick Ciuffo and Tim Federowicz.

Where things were: Greg Bird had lost any momentum he had over Ronald Guzman at first base as camp went on. Guzman had showed dedication to the Rangers’ prescribed process, even if it hadn’t produced big results. And he’s a defensive asset.

But, if rosters are enlarged for whatever becomes of the season, it makes it a lot easier to carry both players and make an eventual decision in real time. Also on the table, was more frequent usage of Todd Frazier at first base to make room for hot-hitting Isiah Kiner-Falefa or Nick Solak at third.

Where were we: The shutdown probably impacts the outfield more thabn any place on the roster. In the week before camp went dark, Willie Calhoun had suffered a fractured jaw, which was going to keep him off the opening day roster.

Barring any concussion issues – and there are not expected to be any – he should be ready to go when the season starts. For the three days between Calhoun’s injury and the suspension of spring training, Nick Solak had moved into the starting left fielder’s job.

Now, the Rangers will be back to scrambling for playing time for him. 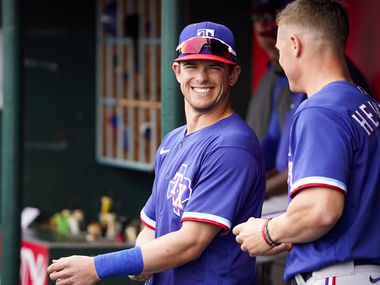 Other Hacks To Improve Nutrient Absorption

Top 5 reasons why you should stop eating fast food