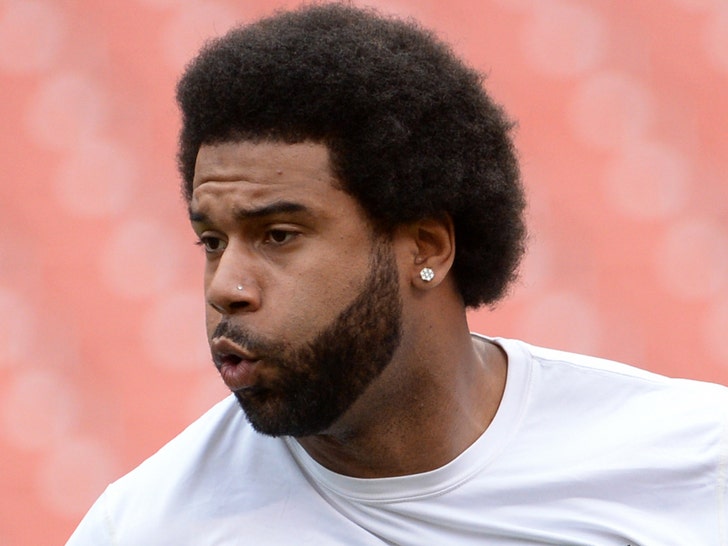 Friday’s injury and roster news ahead of NFL Championship Sunday

Austin Seferian-Jenkins was high, drunk AND speeding when he was arrested for DUI last week … this according to cops in new police docs obtained by TMZ Sports.

Oh, and cops also say he didn’t have the ignition interlock device installed in his car, stemming from a court order from a previous DUI.

A Gig Harbor PD officer claims the NFL free agent was doing 48 MPH in a 30 in Gig Harbor, Wash. on March 9 at around 1 AM … when the former Tampa Bay Buccaneer began driving erratically.

According to the officer, ASJ was swerving in his 2016 Dodge Charger … and nearly turned onto a wrong-way offramp before he cut across multiple lanes of traffic without a blinker.

The officer eventually pulled over Seferian-Jenkins … and says in the report, the tight end told him he was just headed toward a local McDonald’s for some late-night grub.

But, the officer says he noticed ASJ reeked of booze and burnt weed … and also claims the 27-year-old’s eyes were red and bloodshot.

The cop says when Seferian-Jenkins got out of the car, he was swaying in circles when he was standing still … and after the NFL player refused field sobriety tests, the officer arrested him on the scene, claiming he believed ASJ was both drunk and high.

Seferian-Jenkins was eventually hit with 3 charges … 1 count of DUI, 1 count of driving with a suspended license, and 1 count of operating a vehicle without an ignition interlock device, which tests the driver’s breath for alcohol before they can start the vehicle.

The order for the device likely stems from a previous DUI arrest — Seferian-Jenkins has been busted for DUI twice before … once in 2013 and again in 2016.

ASJ was also issued a civil infraction for speeding and improper lane change … and was arraigned on the charges on March 11.

Seferian-Jenkins signed with the New England Patriots last offseason but was cut before the 2019 season began. In his career, he has 116 catches for 1,160 yards.

Friday’s injury and roster news ahead of NFL Championship Sunday

He plays in an MLB game one day, tests positive the next day. Then what?