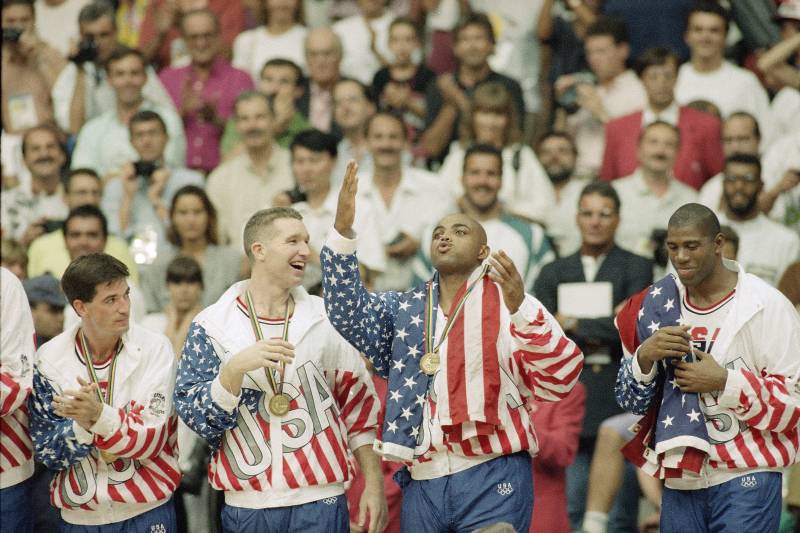 If you, like millions of others, “got a Basketball Jones” during the NBA‘s hiatus, there are plenty of options out there to get your fix.

YouTube is your friend. Streaming services like Netflix, Disney+ and Amazon Prime have plenty of shows and movies about the game. NBA TV provides basketball in perpetuity.

With the help of those technological services, we’re going to get through this together (even while physically apart). While live basketball may be on hold, we have decades of content to sustain us.

Here’s what to watch Wednesday.

One of the basketball’s most legendary teams, USA Basketball’s 1992 “Dream Team,” will be on prominent display during NBA TV’s Wednesday slate.

At 8:30 p.m. ET, The Dream Team, a 2012 documentary, will hit the air. For younger fans who weren’t born or old enough to remember the utter dominance of this group, now is a good time to catch up.

Most know the names: Michael Jordan, Larry Bird, Magic Johnson, Charles Barkley, etc. Each had profound and lasting impacts on basketball as individual players. What they did together, though, set the stage for where basketball is now, as Yahoo Sports’ Eric Freeman wrote:

“It’s always clear that the Dream Team impressed everyone who watched them not just because of their talent, but because they played a fun, exciting, unselfish style of basketball in which each player’s best abilities could be displayed. They were intense competitors, but there was also a palpable joy in the way they played. Fans still adored them because they represented what basketball could and should look like. They presented an ideal of what the game could be, and in doing so gave an entire generation of players and fans something to which they could aspire.”

The Dream Team does a good job of presenting that joy to the viewer. Blowouts can be a bit of a letdown in sports, but that wasn’t the case with this squad. This team was a spectacle. And it helped to open the floodgates for more talent, as well as the stylistic influence, of international basketball.

That run to Olympic gold turned a new and international audience on to the sport, which in turn led to the significantly deeper talent pool from which the NBA draws today.

We went into this season knowing that it would be Vince Carter’s last. No one, including Carter, could’ve imagined it might end like this.

“It’s a weird way to end a career for me, but it’s just the way it goes sometimes,” Carter told reporters following the Atlanta Hawks’ 136-131 loss to the New York Knicks last Wednesday. “I’m one with it. It’s been a great career. Great run.”

If this is it for Vinsanity, he would finish his career with longevity as one of its hallmarks. After 22 seasons, Carter is 26th in NBA history in career wins over replacement player, 19th in points and sixth in made three-pointers.

He made the superstar-to-role-player transition about as well as anyone, and he was mostly a spot-up shooter down the home stretch of his career. But let’s not forget the ridiculous highlights he provided throughout his earlier years.

This reel of his top 100 in-game dunks features several unfathomable finishes. Windmilling through a shot contest at the rim just isn’t something most other players even think about. Stuff like that was borderline routine for VC.

For a more in-depth look at some of his dunks, Carter himself broke down his top 10 for the league in 2018.

Carter’s vertical athleticism made him a significant influence on the last two decades of basketball. His performance in the 2000 Slam Dunk Contest is legendary.

If you’re among those missing the NBA right now, there are plenty of VC-centered options to take you down memory lane.

There’s a long list of quality basketball movies from which to choose. By the end of the hiatus, you might exhaust it.

So, this isn’t necessarily an endorsement of Hoosiers as the No. 1 option, but it’s always one of the first to come to mind when thinking about the genre.

This movie is loaded with classic moments and lines. All hoops are 10 feet tall. “3… 2… 1… Let ‘er fly!” Jimmy Chitwood drilling jumpers in his yard as casually as you or I might hit a few layups.

Thanks to strong performances from screen legends Gene Hackman and Dennis Hopper, “it’s easy enough to see why Hoosiers has become one of the most endearing sports movies in cinematic history,” according to Reel Film’s David Nusair. 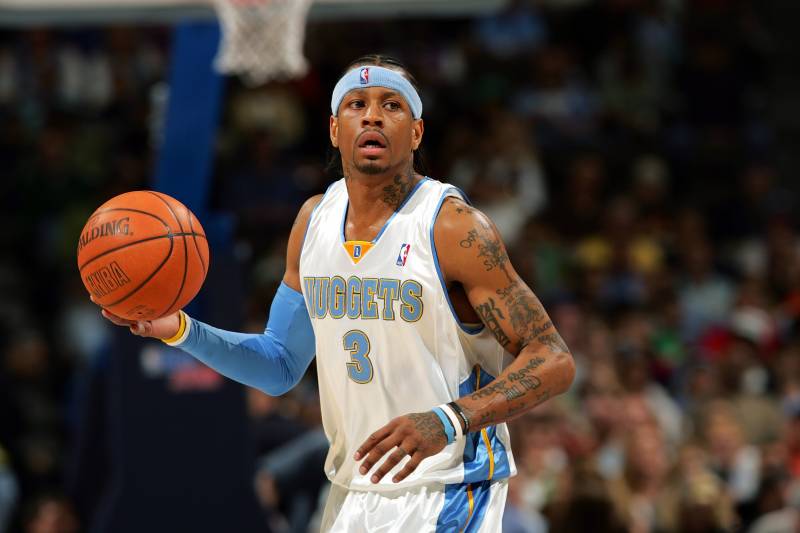 We’re a day late on this one, but a number of players have had memorable performances on St. Patrick’s Day. And wouldn’t you know it, the three highest individual game scores on March 17 have all been memorialized on YouTube.

First on that list is the 50.4 Giannis Antetokounmpo posted against the Philadelphia 76ers in 2019. In that game, Giannis went for 52 points on 15-of-26 shooting, 16 rebounds, seven assists, two steals, one block, one turnover and one foul. He was a plus-12 and had an absurd 27.9 box plus/minus in a game the Bucks somehow lost by five.

Next up is Allen Iverson‘s 45.1 game score he totaled as a Denver Nugget in a 2007 matchup with Steve Nash and the Phoenix Suns. Not only was it clearly AI’s best game with Denver; it was the third-best game score he put up in his entire career.

His 44 points on 16-of-22 shooting (including 14-of-19 from two-point range), 15 assists and five rebounds were the driving force behind a win over the Suns, who finished that season with the second-best record in the league. AI’s individual box plus/minus that game was 17.4.

The NBA’s 2019-20 campaign will go down as one of the strangest and most difficult in league history, and not just because of the coronavirus-induced hiatus.

On Jan. 26, 2020, NBA legend Kobe Bryant and eight other people tragically died in a helicopter crash in California. That was the first time the basketball world came to a halt this season.

In the wake of Kobe’s death, fans, players and analysts all over the world reminisced about their favorite memories and performances from the Black Mamba.

His 81-point game against the Toronto Raptors on Jan. 22, 2006, which is available in League Pass’ Classic Games library, was one that understandably came up over and over.

Back when it happened, ESPN’s Marc Stein called it the “greatest individual performance ever recorded”—yes, even better than Wilt Chamberlain’s 100-point game.

“No offense to the late, great Chamberlain, but he was better positioned to dominate a box score back then with the overwhelming size and strength advantages he possessed, especially given the lack of defensive sophistication in those day. Some of you will inevitably counter with the claim that Kobe had the benefit of a three-point line, but don’t exaggerate. Having the long-ball option added only seven extra points to Bryant’s total.”

With live action halted, now would be a great time to rewatch one of the greatest single-game performances in NBA history.